Steve is from Santa Rosa, CA and started playing the drums in the 7th grade.  He was with Breck Wall’s Bottoms Up touring the US for 5 years.  He has played with The Coasters on tour, the jazz band Fear of Success for 6 years and played on their album Buildings and Trees.  Steve also started a small entertainment production company when he was in high school and now he is the owner operator of XS Entertainment LLC in Las Vegas providing staging, lights, sound, and backline for casinos, festivals and special events.  He’s married to Tish the singer.

Most off beat job – Electrician for the movie Howard the Duck 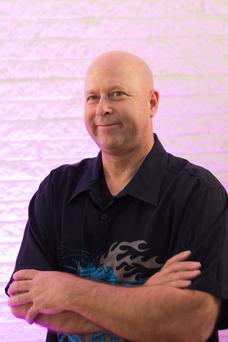 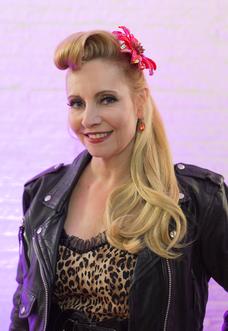 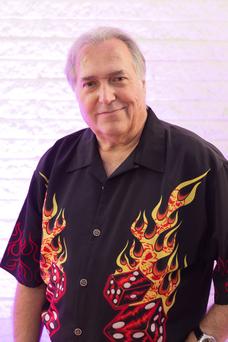 Tish is from Pasadena, CA and has a Bachelor Degree from Loyola Marymount University in Theatre with a minor in Dance.  She has been on tour as a singer/dancer with Legends in Concert, the lead female role in the musical “One Eyed Jack” at the MGM Scream Park, and the title role in “Miss Pearl’s Cathouse Revival”.  She also was a Ringmaster at Circus Circus and a Princess/Spokesperson for the Marketing Department at Caesar’s Palace in Las Vegas.  Tish has done extensive voiceover and character work for both KROQ in Pasadena, CA and KEDG in Las Vegas. In Los Angeles she had bit roles on General Hospital, Married with Children and China Beach.  She’s married to Steve the drummer.

Most off beat job – Singing Telegram 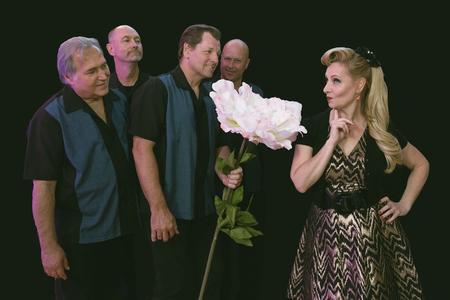 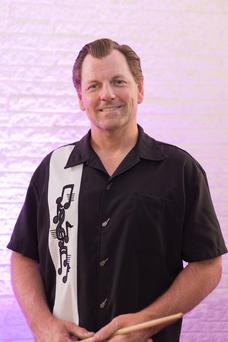 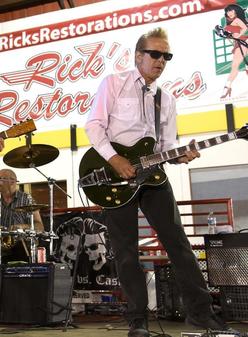 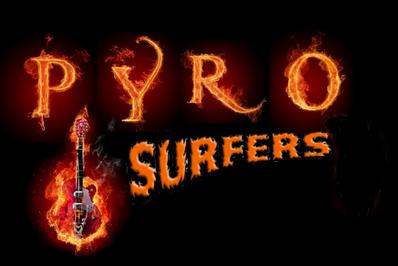 Carter is from Orange County California.  There he worked with a variety of bands, including Bobby Vera, Bob Moffitt, Willie Aames, and Bob Rains & Wall to Wall. He’s performed in schools, small clubs, on television and at the opening of Epcot Center at Disneyworld in Florida. In Nevada Carter has worked with the 'Lively Ones' surf band with Jim Masoner as well as a plethora of oldies stars including but not limited to JJ Jackson, Jules Aikens, Billy Swann, the Drifters, etc.  He’s also worked with the band 'Heels over Head' with the former guitarist of the Temptations, Corey Catalano, and is currently a sub-bassist for “Zombie Burlesque” and “All Shook Up”, and primary bassist for Dennis Wise.

Tony started out in New York.  His Dad was in the military so he moved around a lot.  He discovered that guitar would be his life’s passion at the age of twelve.  Tony used to live in Taiwan where he would play at the officers club and NCO Club.  He has opened for some of the greats such as “The King of the Surf Guitar” Dick Dale, rocker Link Wray, and rock and blues guitarist Coco Montoya.  He played with the Las Vegas surf band the Sin City Surfers here for years and has played at The Hard Rock, and at numerous festivals and events.  Tony loves to hang out and play at jam sessions around town for fun.

Most off beat job – Towel boy at the Mustang Ranch